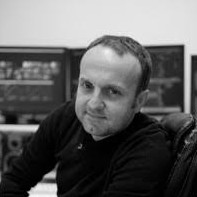 I am a broadcast offline and online editor with 20 years experience, and a member of The Guild Of British Film And Television Editors. I specialise in editing short form projects and have also edited long form broadcast TV series for the British Forces Broadcast Service.

I am a graduate from the Newport Film School, where I studied a degree in film making and had many a happy time at the Steenbeck film editing table. Sadly no longer active you can learn about the Film School here: wikipedia.org/wiki/Newport_Film_School.

I use a variety of tools for editing including AVID, Premiere Pro, FCP X, DaVinci Resolve for grading, and After Effects and Apple Motion for graphics work. I can also use apps such as Lightroom, Photoshop, Word and dabble in Logic Pro.

I have edited a huge and varied amount of work over the decades, all of which has been an invaluable education. I enjoy working in a creative team and as part of a post-production workflow, having spent many years ingesting, logging, creating EDLs and clocking projects.

I cut TV trails for CBBC/Cbeebies (Our School, Creeped Out, Horrible Histories, Tinpo and Cbeebies Prom). I offline and online TV commercials for clients such as Procter & Gamble, Saatchi, Continental Tyres, Golden Bear Toys and United Utilities and music videos and concert video wall footage for Mint Royale and Madness. As well as the TV commercials themselves, I edit pitch videos for Advertising Agencies such as BJL and McCanns.

I enjoy editing commercial projects (Merlin Entertainments, MUTV etc) but I also love editing projects that educate and inform an audience, hence my huge amount of experience cutting 5-10 minute factual films and 30/60 second spots for clients including National Trust, NHS, BBC Creative, The Big Issue and Museum Science Group. It is another reason why I enjoy editing TV trails for CBBC and CBeebies.

Often my editing requires me to edit produce or promo direct, as I do at BBC Creative and when working on some social media campaigns. My work at BBC Creative requires me to interpret a brief, write the VO script for the trail, liaise with the Execs, direct the VO sessions, oversee the audio dub and the online sessions. All the while meeting deadlines, guidelines, budgets and quality control.

As an editor my aim is simply to tell a story and to be the surrogate audience. It is vital that the director’s vision and the client’s message is told to the audience in an engaging and emotional manner. I believe that sound is as important as picture and enjoy building sound design as I edit, to add extra depth, pace and emotion. This is especially true in an age when content can be quickly dismissed with one click.

So you know I am human, I do have lots of interests outside of cinema and TV. I love getting on my BMX and BMXing, whether that be freestyle or race. I support Preston North End FC. I love to read across all genres, especially short stories by Sam Shepard, Philip K Dick and Harlon Ellison. I also like gardening and nature and would prefer to protect the planet, rather than destroy it.

For more information though you can view my CV here.