Nothing scared me more as a kid than Alien. That classic 'B' movie flavoured Sci-Fi film by Ridley Scott and his team. I remember clearly thinking the facehugger was the monster of this movie and not that scary. That this film was little more than a colour version of It! The Terror From Beyond Space. Nothing prepared me for the appearance of the Alien as it tore its way onto the screen and into our minds. A moment which is now embedded in cinema history. Over time though Alien has rightly been seen as a movie which is more than a shlocky horror movie in space. It is one of those rare films in the genre, similar to the original Predator, which goes beyond its original roots and is in fact a tight, well sculpted piece of cinema.

For me everything about Alien hits the spot. The script, the acting, the production design, the directing. It all creates a world in which we can be fully immersed. More than anything though the editing and sound design is exceptional. Orson Welles, often said that when making Citizen Kane, he watched Stagecoach over and over and used it as a blue print for his film making. More and more I find myself watching Alien, over and over and loving its exceptional use of the editing and sound craft. It was with great joy then that I found the below video. A Q and A with the editor Terry Rawlings and sound designer Ray Merrin , recorded at the University of Southampton. Whilst I don't own the video nor did I have anything to do with it; I think it is worth posting as it is a fantastic insight into the world of editing and sound. It is and this is the most important thing, educational and inspirational.

The internet is awash with noise, misdirection and narcissism. Yet if you look enough there is valuable educational material to be found. Material that liberates and in an age where information is controlled and used to harm, being able to find such gems is vital.  So please click on the link below and enjoy the film. 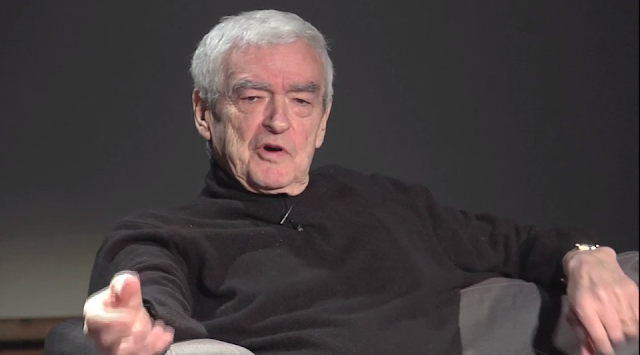